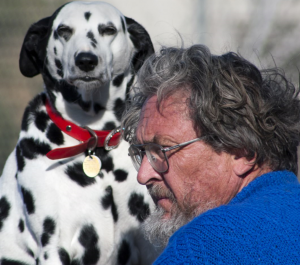 I (Rob WLC Founder) met Woody in the summer of 2014 when he stopped in at the Tracy (Minnesota) Public Library where I was working.  Woody had offered to give us free computers and monitors.  On a later visit he asked me to help him with his efforts because of his illness and because he lives in Arizona.  He found our library because his grandparents grow up in the area.

There is currently no help for libraries to obtain free technology.  There is a discount source for libraries that does offer great deals on computer programs.  However, computers still exceed the amount of money most lower budget libraries normally have to spend on technology.

Woodys Library Computers is being operated out of my home office located at 18853 Excalibur Trail, Farmington, MN 55024.  The work I do for a living, moved us to the Twin Cities in 2019.  The address listed on this site in Tracy MN is still the charities legal address.  Please note that Farmington address is the one that will be used for shipping and receiving purposes.  All corespondents should be sent to the Farmington address or reach us by Email: [email protected]

The following article (Spring 2015) by Sue Vizecky of the Ivanhoe (MN) Public Library, has more detail about Norwood “Woody” Sisson.

The Ivanhoe Public Library, along with the Lake Benton Public Library are happy to announce the establishment of independent endowments through Southwest Initiative Foundation (SWIF). The endowments were made possible with a generous donation from Norwood (Woody) Sisson, who gave the money in memory of his great-grandparents Romine and Margaret Sisson, and John and Rachel Hansen. The permanent foundations will draw interest income, that will be used to supplement the funds of both libraries, and in turn be used to support and enhance library services in their respective communities.

Woody believes public libraries play an important role in our society. His belief began during his childhood years, growing up in Oregon and spending his summers at the family cabin on Pelican Lake near Pelican Rapids, MN, where it was instilled in him the importance of education and life-long learning.

In the 1970’s Woody moved to Arizona and began a long career working with in the rapidly developing computer industry. Upon retirement, Woody still residing in Arizona, returned to spending summers at family cabin on Pelican Lake. While visiting the Pelican Rapids Public Library, Woody realized that libraries were often underfunded, and struggled to keep up with changing technology. Woody offered to donate computers to the Pelican Rapids Public Library, an offer that was gladly accepted by Director Anne Wrigg. This simple act began a philanthropy that saw Woody donating thousands of dollars worth of computers and electronic equipment to not only the Pelican Rapids Library, but other libraries in the Viking Regional Library System. Woody’s only stipulation was that the computers were for library use only.

Woody, believing that other libraries could also benefit from his generosity, turned his attention to Southwest Minnesota, and choose the Plum Creek Library System to continue his philanthropy. In 2010 Woody contacted Sue Vizecky, Director of the Ivanhoe Public Library, and offered to donate computers to the Ivanhoe Public Library. Sue agreed to the donation and soon Woody replaced the library’s old computers with brand new ones. Woody then asked her if other Plum Creek libraries would be interested in accepting his donated computers. Upon contacting her fellow librarians, Sue found an overwhelming response to Woody’s offer, and once again Woody was donating thousands of dollars of electronic equipment to public libraries. Woody continues donating computers and other electronic items to the libraries in both Viking and Plum Creek Regional Library Systems, with his most recent donation of computers going to the new Minneota Public Library.

The Plum Creek librarians, grateful for Woody’s generosity, often asked Sue why Woody choose to donate computers to their library – after all he has no obvious connection to Southwest Minnesota. Woody answered why last fall, when he stopped at the Ivanhoe Library and printed off obituaries that revealed his ancestors were early settlers of Lincoln County. Romine and Margaret Sisson, Woody’s paternal great-grandparents arrived in Lincoln County in 1873 and started farming in the Tyler/Lake Benton area. Romine served as Marshfield township treasurer, and later as Lincoln County auditor from 1902-1910. Woody’s maternal great-grandparents John and Rachel Hansen arrived in Lake Benton in 1881. John began working at Skartum & Mork and later opened a jewelry store in Lake Benton. He also served as postmaster of Lake Benton for several years.

Woody’s father Norwood Sisson Sr., grew up in Lake Benton, and later served as a pilot in the US Air Force during World War II. Tragically Norwood Sr. was killed six days after Woody’s birth. While on a training run his plane caught fire and crashed, narrowly missing a small town in Wyoming. His actions to avoid the town saved many lives, and he was labeled a hero in his obituary.

Woody, as a way to honor his family, then offered to set up endowments for both the Ivanhoe and Lake Benton Public Libraries. This past spring (2015) he donated $10,000 to the Ivanhoe Public Library Endowment Fund in memory of Romine and Margaret Sisson. He also donated $10,000 to the Lake Benton Public Library Endowment Fund in memory of John and Rachel Hansen. It is Woody’s hope that others will follow his example and contribute to the endowments, insuring long-term supplemental financing for both libraries.

The Ivanhoe and Lake Benton Endowment Funds were both organized as fund partners of the Southwest Initiative Foundation (SWIF) a 501 (c)(3) public charity, which allows gifts to both foundations to be tax deductible to the full extent of the law. Both foundations have local advisory boards responsible for establishing the funds purpose and priorities, as well as building relationships with donors and grant recipients. SWIF provides administrative and technical assistance to ensure local success, in addition to coordination compliance with all state and federal charitable giving regulations. Donation to both foundations can be made through SWIF, 15 3rd Avenue NW, Hutchinson, MN 55350 or by calling 800-594-9480. Online donation can be made through GiveMN.org and searching for the Ivanhoe Public Library Foundation or Lake Benton Public Library Foundation.